On the occasion of the 5th Constitution Day and National Day of Nepal, the Embassy organized a reception in the evening on 18 September 2019 at the Town Hall of the Municipality of 17th Arrondissement, Paris.

The function began with playing of national anthems of France and Nepal. Before addressing the invited guests, His Excellency Mr. Dipak Adhikari expressed his greetings, on behalf of the Embassy of Nepal, to all Nepali diaspora members living in France, Portugal, Andorra and Monaco on the auspicious occasion of Constitution Day and National Day of Nepal.

In his speech, Ambassador Adhikari highlighted the importance of the Constitution Day and National Day of Nepal. He said that the present Constitution is the outcome of a prolonged struggle and heroic sacrifices of Nepali people that guarantees political, economic and social rights, democracy, good governance, rule of law, human rights and fundamental freedom and liberty for the people of Nepal.

Ambassador Adhikari also took the opportunity to shed light on Nepal-France bilateral relations. He said, both the countries have been enjoying excellent bilateral relations ever since the establishment of diplomatic relations in 20 April 1949. He further mentioned that the formal visit of The Rt. Hon. KP Sharma Oli, Prime Minister of Nepal to France that took place in June 2019 on the occasion of the 70th Anniversary of bilateral relations was very useful in reviewing decades long relationship as well as in deliberating on ways to enhance friendly ties.

The Ambassador appreciated the government of France for extending its valuable cooperation to Nepal in her development efforts in diverse areas bilaterally as well as through the multilateral forum of European Union. He also praised the important role played by French NGOs in uplifting the socio-economic conditions of people of rural Nepal.

Speaking about Nepal’s natural beauties including majestic mountains, heritage, culture, festivities and highly hospitable nature of Nepali people, the Ambassador said that Nepal is one of the most fascinating tourist destinations for all visitors. He also took the opportunities to explain that the Government of Nepal has designated year 2020 as Visit Nepal Year with a view to promote tourism in 2020 and beyond and requested the guests to plan a visit to Nepal at least once in 2020. The Ambassador admired the important role played by French mountaineers, scholars, film producers and academia in building a bridge between Nepal and France and the rest of the world by their outstanding bravery and intellectual works.

In his reply speech, Mr. Jean-Didier Berthault, Counsellor of Paris, in charge of the European and International Affairs said, “we are committed to working with the Nepali community to strengthen the common relations and interests of the two friendly peoples.” He further said “France and Europe must know your culture and your millennial wisdom as well as your precious philosophical and cultural teaching. Historical charm, philosophical power, majestic valley and summits that fascinate us: we all have some Nepali dreams in us”, he added.

The invitees were welcomed by traditionally dressed Panchakanyas at the entrance of the reception hall. The Embassy displayed Nepali flags, exhibited various Nepali products and photographs of some major tourist attraction in Nepal, staged Nepali folk songs and dances and showed a documentary prepared by Nepal Tourism Board during the event. The guests were served with authentic Nepali cuisine and provided with tourism promotion brochures and Nepali tea as souvenirs.

Among more than 150 guests present, there were members of French National Assembly and representatives of French Senate, the Ministry of Europe and Foreign Affairs, Paris based diplomatic missions and UNESCO including Ambassadors and Permanent Delegates, former French Ambassadors to Nepal, officials of Municipality, Nepali organizations/societies, academia, French NGOs, friends of Nepal and business community.

The Embassy officials and their family member were also present at the reception.

The Embassy of Nepal
Paris
19 September 2019 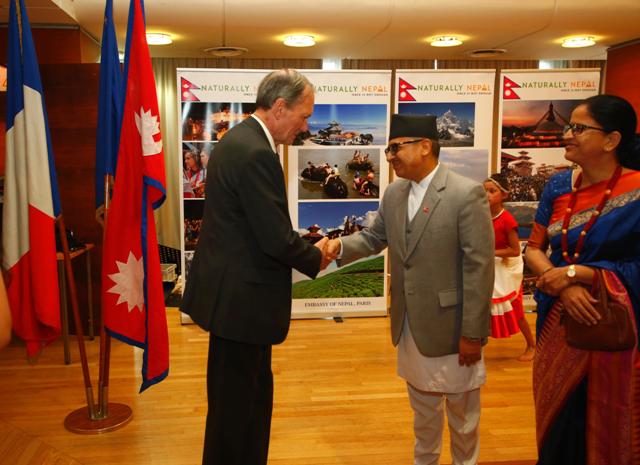 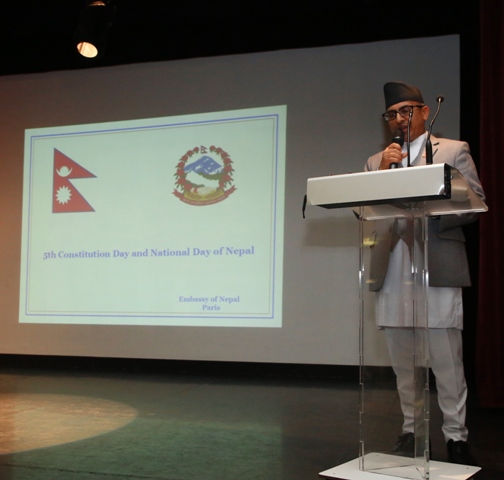 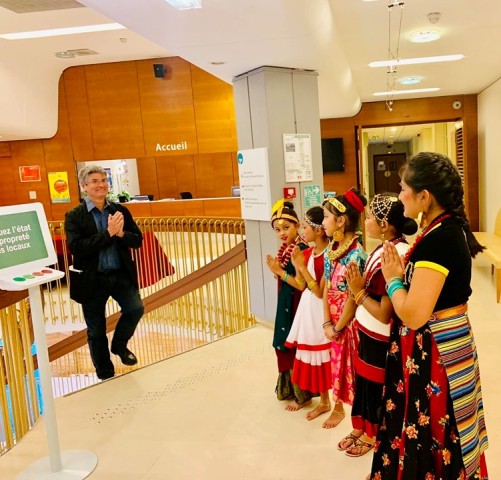 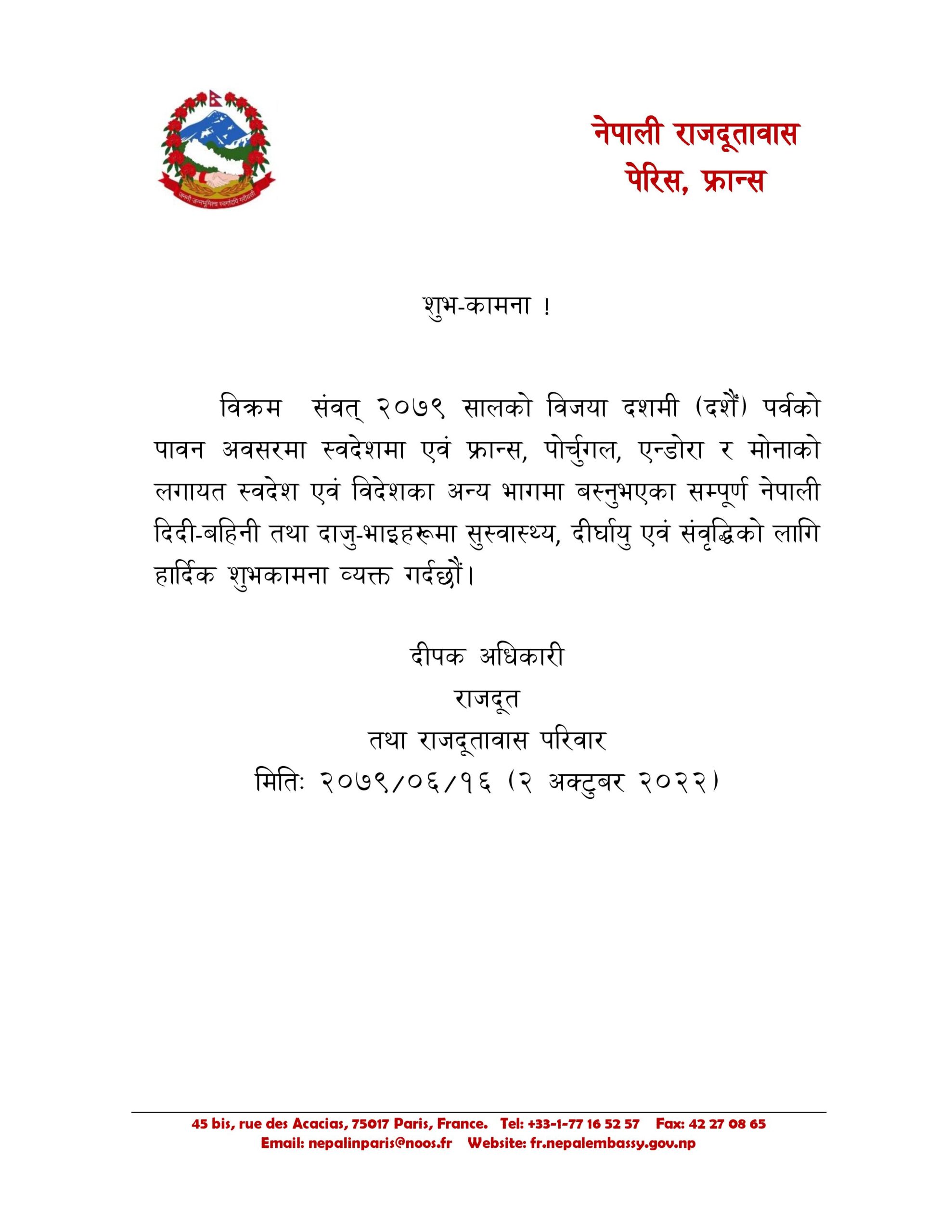