Nepal and the Republic of France established diplomatic relations on April 20, 1949. Late. Gen. Shanker Shamsher was the first non residential Nepalese Ambassador to France. He was accredited on 17 November 1949 from London. The Nepalese Embassy in Paris was established in 1967. The first residential Nepalese Ambassador to France was Late. Mr. Shaardul Shumsher Rana, who was accredited on 16 November 1967 and recalled on 6 March 1972.

The Embassy of Nepal in Paris is accredited to Portugal, Monaco and Andorra as well.

Objectives of the Embassy: 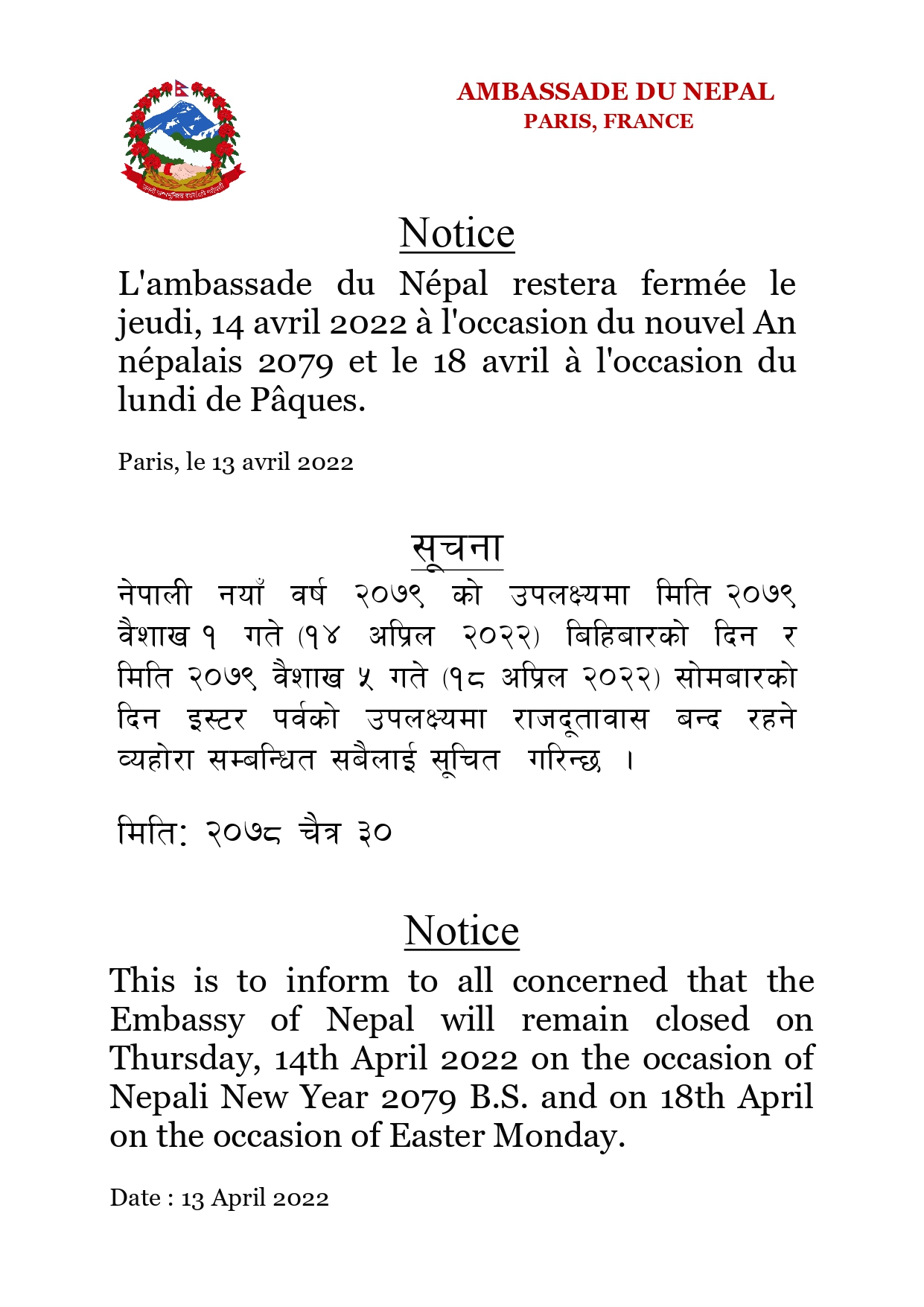 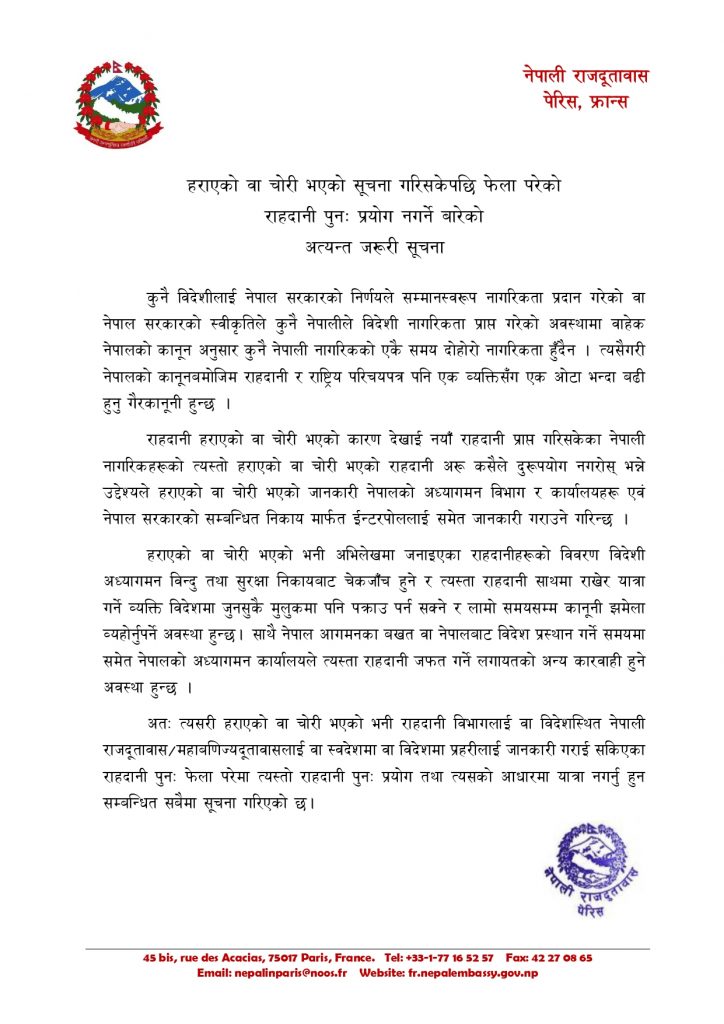